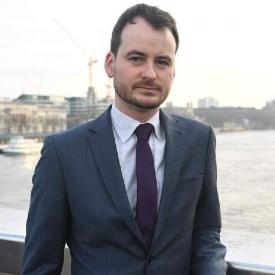 Andrew is the Head of Payments for the British Retail Consortium. He coordinates industry engagement with Government, regulators and providers on matters relating to retail payments and consumer credit, and acts as a spokesperson for the industry. He has led the industry response to the IFR, PSD2 and domestic initiatives, including the Payments Strategy. He has also supported HM Treasury and Bank of England projects for the roll-out of the new notes and coins.

Before joining the BRC in summer 2016, he led public affairs and stakeholder engagement for The UK Cards Association and Financial Fraud Action UK, working on the Interchange Fee Regulation and contactless for transit among other projects. He began his career in the European Parliament working for two MEPs and then as a consultant at the global PR and public affairs firm Burson-Marsteller, advising clients in across a range of sectors including banking. Andrew also served as a London Borough Councillor from 2014 to 2018.