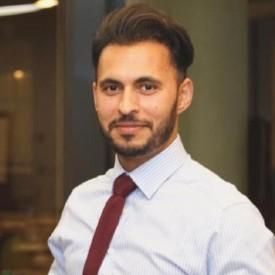 Chief Market Analyst, Columnist, Forbes
Based in London office, Naeem is well-known on financial TV with regular contributions on Bloomberg, CNBC, BBC, Fox Business, Fance24, Sky News, Al Jazeera and many another tier one media across the globe. He is a columnist on Forbes and CNBC digital print sites, where he shares his views on key volatility events. Among his most popular predictions are Donald Trump’s against all odds victory and Britain’s vote on Brexit.

He has participated in panel discussions on emerging market trends with official economic ministers in the Middle East. He has also panelled in Ireland alongside Charles L. Evans (President of Federal Reserve Bank of Chicago), Philip R. Lane (Governor of Central Bank of Ireland) and Enda Kenny (Taoiseach of Ireland).

Naeem regularly delivers guest lectures at top-tier universities in the UK such as The London of Economics and Political Science, The Warwick University, The University of Leeds and The Coventry University.

His wealth of knowledge comes from his experience with Bank of America in equity trading and Bank of New York as a hedge fund trader. He has worked with top UK universities to provide financial education to students, including lectures at the London School of Economics.